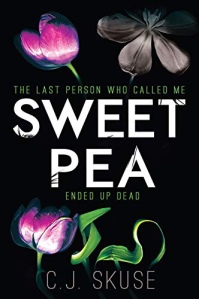 There are few things in life Rhiannon truly loves. In no particular order, it’s her chihuahua Tink, her collection of Sylvanian families, and the feeling of blood on her hands. No, she doesn’t think she’s a complete psycho. After all, a Buzzfeed quiz said she doesn’t hit all the marks. Besides, is she really a psychopath when she only goes after sex offenders? It’s just community service.

On the outside, she lives a charmed life, despite the viral news story that shot her into fame as a child. She lives with her handy boyfriend in a nice apartment. Her job is good enough for someone without a fantastic education, and she gets on well with some of her coworkers. But when her mask slips and she forgets to pretend to be like them, more than one person becomes suspicious about who and what she really is.

Unlike when I write summaries for romances, this one was a little tricky. Rhiannon is a multilayered character who doesn’t always have a plan. She tells her own story through hilarious pop culture references with a matter of fact tone that makes it difficult to tell if she’s being serious. But Rhiannon doesn’t know how to be anything but.

Before reading the book, you think you’ll never side with a killer. But something about Rhiannon is charming and terribly likable. That’s what the experts say about psychos like Ted Bundy. Though if you ask Rhiannon, she’ll say she’s nothing like Bundy. She hasn’t been caught.

Time for me to start book two.

The second book in my What Happens series is now available for preorder! Introducing What Happens in the Ruins.

Can she stop her past from ruining her future?

Sorcha Mackinnon isn’t your typical tortured artist. She is also a party girl, a vintage shopper, and the heiress to a whisky fortune. But when inspiration suddenly flies out the window, she’s left with an empty whisky glass and a blank canvas…until a childhood friend waltzes back into her life.

She’s known Danny Gordon since birth, but they lost touch as their careers took them in different directions. He offers to show her the parts of Scotland he swears will spark life back into her brushes. And as they tour the sights on the back of his motorcycle, Sorcha realizes that under the tattoos and smart mouth, Danny may inspire more in her than just a new painting.

But as a good time begins to morph into an ever after, Sorcha is reminded of old wounds that just won’t heal. Danny tries to open her heart, but her self-imposed isolation makes things harder than ever. Now she must decide what to do, because what happens in the ruins doesn’t always stay there.

Preorder this book HERE and enjoy your trip to the Highlands🏴󠁧󠁢󠁳󠁣󠁴󠁿

Joanna Johnson is a brand new Harlequin author who’s bringing the drama with her first novel release, The Marriage Rescue. 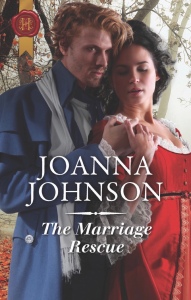 Selina Agres hasn’t lived an easy life the past twelve years. A member of the Romani, she was born into a world that sees her as less than, and is constantly reminded of it. She detests the English Gentry and blames them in part for her mother’s death. And years later, when they return to the cursed land, Selina is again in danger and only sees one way out of it, by way of a choice given to her by a member of the Gentry she has sworn to hate forever.

Edward Fulbrooke of Blackwell Hall must marry, despite his feelings on the matter. The society ladies that have been pushed into his path are far more interested in his station than him, something his calculating uncle Charles bets on. If Edward doesn’t take a wife soon, the estate will belong to Charles. But neither man expected a blast from the past in the form of a mysterious young woman dropping from a tree.

The pair met as children, their interaction leaving no mark but a scar on his cheek and the whisper of a memory. Years later, their worlds collide once again, resulting in a mutually beneficial marriage that sets off a chain reaction neither expects. But as their farce deepens, will it be enough to heal old wounds?

I adore the amount of research Johnson put into writing this book, especially when it comes to the Roma people. Some authors give a Romani character a crystal ball and BAM they’re a gypsy. That’s not how cultural identity works and it’s very refreshing to see how Johnson didn’t run along with stereotypes and really dove into what made the Romani so unique. It gave Selina a new edge not seen in some historicals.

I also want to say that I really like this cover. Does the man look a wee bit familiar? The model’s made the rounds on a few books now, and in the reader world, he’s basically Jamie Fraser from Outlander’s twin, making this book a lovely addiction to any bookshelf! But I digress.

Edward is adorable and Selina is sweet and smart as a whip. Together, they’re romantic perfection that any reader would fall in love with. The slow burn of their relationship was easy and natural. Nothing felt forced or out of place between them and you really root for the pair to fall in love. So if you’re looking for an indulgent romance to curl up with, look no further!