This is it, the last installment of my What Happens series set in the Scottish Highlands has a cover, a release date, and is now available for preorder!

Savannah Adelson spent years sacrificing her midwife career for what she thought was love. Now that she’s kicked her cheating ex to the curb, she’s transforming her long-forgotten dream into a thriving business. Amid her new patients, she manages to travel to Scotland to be a bridesmaid in her college friend’s wedding only to meet the cousin of the groom, a tall shot of whisky in a tartan glass.

Rhys Mackinnon has grown restless and is eager to find his next role in life, whatever that may be. When he meets Savannah, he’s all too happy to make that role her personal tour guide. He ends up playing boyfriend too after her ex shows up unannounced.

When the fictional relationship begins to feel real, Savannah’s torn between the fire she feels for Rhys and the passion she has for her career. No matter what she decides, someone will end up hurt, because what happens in the castle doesn’t always stay there.

Preorder What Happens in the Castle HERE

Match made in heaven or maid of dishonor?

Tight-laced Rose Hensel arrives in Scotland for her best friend’s wedding with a plan—to be the greatest maid of honor ever, let loose for the first time in years, and find out what Scottish guys really wear under their kilts. After meeting the best man, she thinks she found the man who checks all the boxes for a no-strings-attached romp among the heather.
Lachlan Calder-Mackinnon knows how to show a girl a good time. Gourmet dinners in castle ruins, picnics among rolling hills, and a seaside escape create some unforgettable dates. But as the fling begins to morph into something more, an unexpected wedding guest threatens to ruin Rose and Lachlan’s new romance.
With a plane ticket in one hand and her broken heart in the other, Rose prepares to head home to reality. However, she’s about to learn that what happens in the Highlands doesn’t always stay there.

February 14, 2019February 14, 2019 AKissAtMidnight
I have a Valentine’s Day treat! My contemporary romance romance, What Happens in the Highlands, is now available for preorder!

Match made in heaven or maid of dishonor?
Tight-laced Rose Hensel arrives in Scotland for her best friend’s wedding with a plan—to be the greatest maid of honor ever, let loose for the first time in years, and find out what Scottish guys really wear under their kilts. After meeting the best man, she thinks she found the man who checks all the boxes for a no-strings-attached romp among the heather.
Lachlan Calder-Mackinnon knows how to show a girl a good time. Gourmet dinners in castle ruins, picnics among rolling hills, and a seaside escape create some unforgettable dates. But as the fling begins to morph into something more, an unexpected wedding guest threatens to ruin Rose and Lachlan’s new romance.
With a plane ticket in one hand and her broken heart in the other, Rose prepares to head home to reality. However, she’s about to learn that what happens in the Highlands doesn’t always stay there.

Preorder your ebook copy now at: 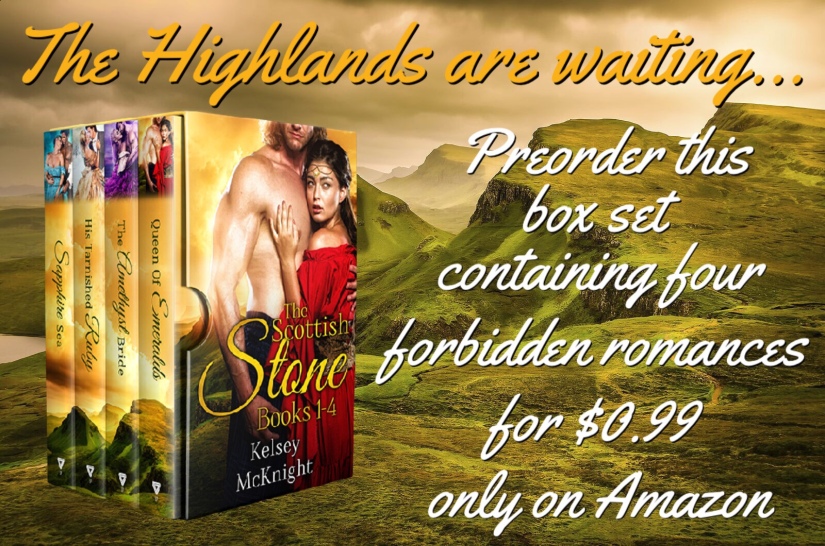 It’s no secret that Kelsey McKnight writes steamy historicals that will get your kilts in a twist, but now all four of the books in The Scottish Stone Series are available in a box set! For a limited time, you can preorder it HERE for only $0.99! Here’s a reminder of what takes place in each novel so you can see if you’re ready to escape into the Highlands. 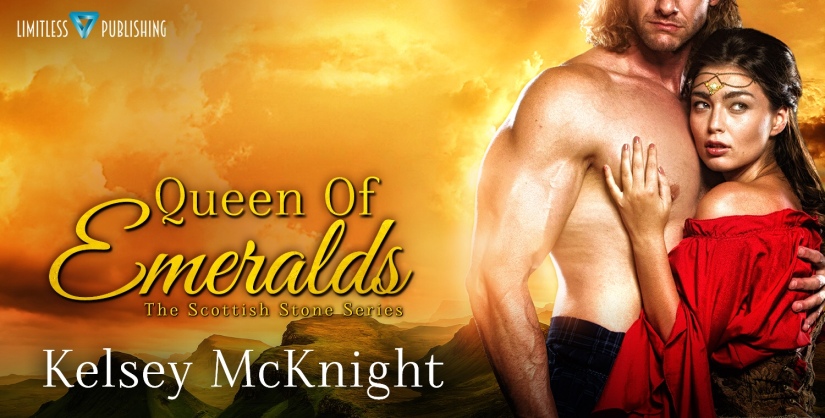 Charlotte was born into a life of leisure with a father who always let her do as she pleased, until it came time for her to marry. He wishes to make an alliance with his business partner, an old man who is only interested in a silent and obedient broodmare. Charlotte is neither of those things, and when a Scottish nobleman offers her sanctuary in his Highland castle, she flees London. Now she’s not only running from a man who will see her wed by any cost, but her own growing feelings. 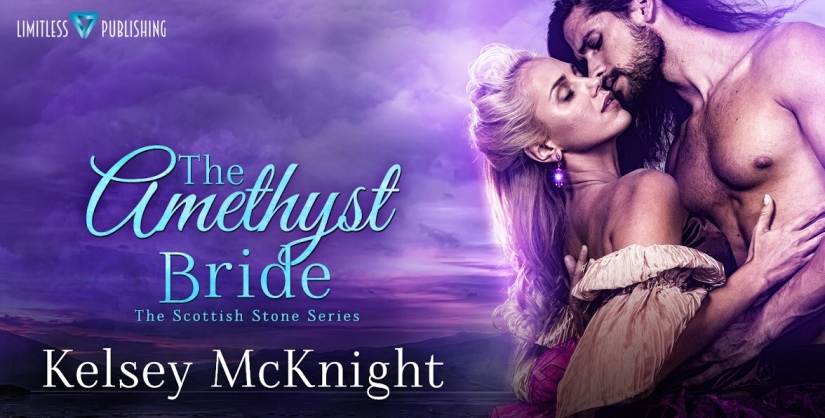 Penelope enjoys being a proper young lady and basking in the fruits of her father’s large department store. All that’s missing is the picture perfect husband, of which she has her pick of. One stands out. He’s tall, dark, handsome and a shipping mogul that has the connections to keep her father’s store in luxury goods. But there’s another who sparks something wild within her. Her comes to her in a blur of shadow and tartan, making her question if the picture perfect life is really what she wants. 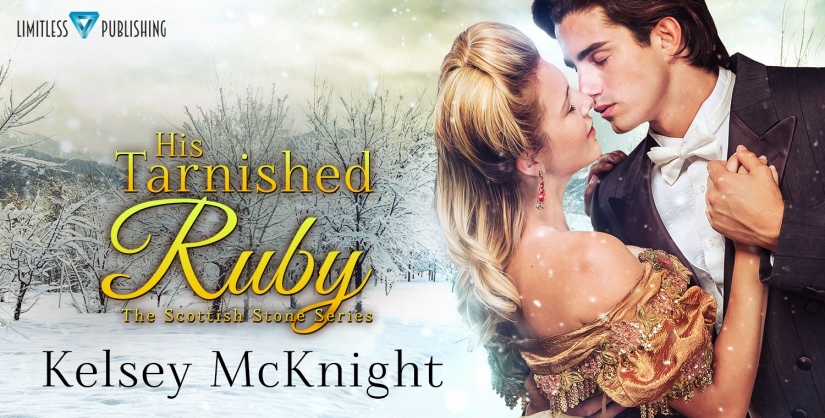 Flora is a dreamer by nature, and has her romantic eye set on a particular warrior under her brother’s charge. Much older and sporting a wicked scar, he’s not exactly meant for a Scottish noble lady and her brother refuses the match. When Flora schemes to make her beloved marry her, it goes terribly wrong and she’s forced to flee to London to hide her shame. There, a familiar face offers understanding and an an unconditional care she never dreamed of. But the past never stays hidden and blood will spill over it. 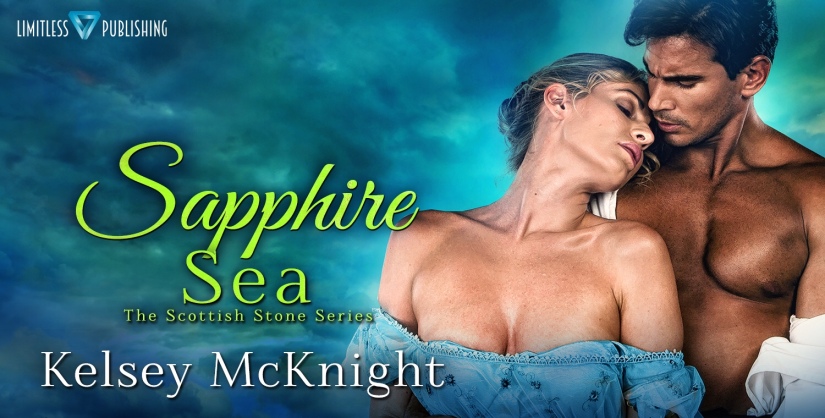 Gwen is not one for romance, turning to numbers and accounting as her steadfast form of completion. When a marriage proposal comes by letter from the hand of a Spanish prince, she accepts. Practically, he’s the perfect man who will allow her the breadth to travel and will send a significant bride price. There’s just one problem…Gwen doesn’t speak Spanish. She entrusts a Portuguese captain who has taken safe harbor on her brother’s coast as a tutor, as he claims his Spanish is impeccable. But as her date to sail to Spain grows closer, Gwen realizes there may be more to life than just numbers.

If you’ve been traveling through Victorian Scotland and London with Clan MacLeod, then it’s time you know that the series is coming to an end. Sapphire Sea, book four in The Scottish Stone Series is now available for preorder.

Scottish lady Gwendolyn MacLeod prides herself on being the practical sort. So when an arranged marriage to a Spanish prince is presented, Gwendolyn accepts without hesitation.

The prince has status, his letters speak of duty and honor, and her years of proper education will be useful in the running of his home. However, she speaks no Spanish–the only flaw in her sensible match. But the Portuguese captain whose ship is docked below the castle does, and he offers to instruct her in the language of love.

When the late nights of studying begin to tear her from her chosen path to Spain, will she follow her heart out to the wide, sapphire sea? Or will she allow her one great adventure to become her biggest regret?

Sapphire Sea is available for preorder HERE on Amazon in ebook, paperback, and for free with Kindle Unlimited.

You’ve been waiting, I’ve been waiting, the world‘s been waiting, for the latest WeeBox. That’s right, they’ve finally released the exclusive and limited edition Outlander themed box. It’s a little purple package filled with all sorts of Outlandish fun, straight from Scotland.

As before, I was really impressed with what came inside this box. Everything was cute, usable, and worth the money. And what’s also nice about it is that it’s not just full of cluttery knickknacks you’ll never use or appreciate. Here’s an itemized list of everything that came in my special purple box: 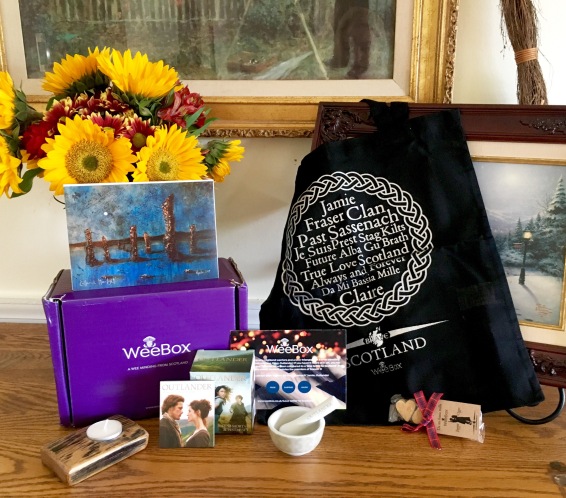 Everything I got was just so much fun and even my daughter got into the action, “sharing” the candy with me and taking the Outlander bag to use for all her ballet gear! I say she’s chosen a lovely little, durable, machine washable bag to take back and forth. My child has wonderful taste!

While the WeeBox is fun and a nice gift to give and receive, the company also tries to give back when they can. Their most recent philanthropic endeavor is participating with The Yard, a disabled children’s charity. I found this particularly heartwarming since my own younger brother is mentally handicapped and was helped in his youth by many similar organizations.

Each month has a different, fantastic theme that celebrates some aspect of Scottish culture or history. For example, in the past they’ve had a Highland Games box while the next on deck is one that gives a wee nod to the St. Andrew’s celebrations!

Learn more about the WeeBox by visiting them on any of their pages!

Check out our past WeeBox review and all our other Outlander posts HERE! And if you enjoy my posts, you might like my books. The first three installments of The Scottish Stone Series is available HERE on Amazon.

If you’re anything like me, you watched the Outlander season three premier expecting to ugly sob, scream at the TV, and frantically text your friends that you were miserable and excited at the same time. I mean, I read the series multiple times, but I still watched on the edge of my seat.

Well, I can’t just stop at harassing my BFFs to bring me whisky to drown my sorrows, I need to tell the world every single one of my feelings about the premier episode of Voyager. So, if you haven’t had the chance to watch, please run away and maybe check out our Outlander page HERE for some spoiler-free fun.

When I turned on the TV, it was showing the finale of season two. That’s right, I had to have my heart ripped out again as I prepared to ugly cry…

Ugh, you guys. That was a tough watch for so many reasons, but it’s also so nice that the Droughtlander is finally at an end. Now, I don’t know about you, but I need a stiff drink and a hug. Preferably by a tall, red haired, handsome Scot. And if you’re craving more Outlander fun, check out our Outlander page HERE!

And if you love my articles and quizzes, you’ll probably love my books! The Scottish Stone Series is a collection of romantic novels set in Victorian Scotland and England. All are available in paperback and ebook HERE! 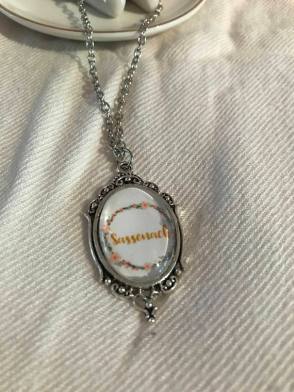 Finally, to celebrate the end of Droughtlander, you should treat yourself to something fun. Fangirl Pixie Jar has amazing custom and ready to wear fandom jewelry, including some inspired by Outlander! You can shop HERE and get 15% off with the code MIDNIGHT15

A Kiss At Midnight Reviews
Create a free website or blog at WordPress.com.